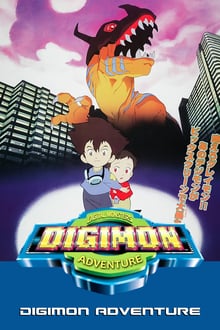 An animated series based on the popular children’s toy “Digimon”, in which kids raise and train electronic monsters to fight against those raised by other kids. The show follows the adventures of a team of real monster trainers as they travel about honing the skills of their monsters and facing challenges from rival trainers, some of whom don’t feel obliged to fight fair.