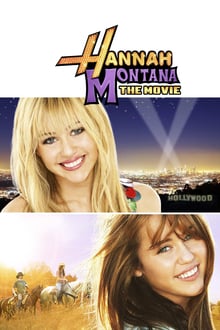 Miley Stewart and her best friend Lily Trascott arrive at a concert and race backstage at the right time so Miley can perform as her secret alter ego: superstar pop singer Hannah Montana. After filming a music video for his song “The Best of Both Worlds,” Miley – as Hannah – is confronted by a dishonest tabloid reporter Oswald Granger. Hannah’s manager Vita sent Oswald away, but he manages to record her pointing to Hannah’s “secret,” which he becomes determined to reveal.

While shopping as Hannah, Miley fights Tyra Banks over a pair of shoes, making her come late for Lily’s birthday party. Oswald records the incident and follows her to the party, forcing Miley to attend as Hannah to prevent her from learning her secret.