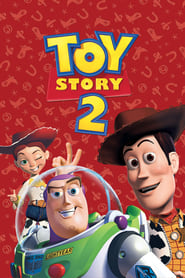 Andy prepares to go to cowboy camp with Woody, but while playing with Woody and Buzz, he accidentally tears Woody’s arm. Andy’s mom puts Woody on a shelf, and Andy leaves without him. The next day, after having a nightmare of being thrown away, Woody finds Wheezy, a squeeze toy penguin who has been shelved for months due to a broken squeaker. When Andy’s mother puts Wheezy in a yard sale, Woody rescues him, but is stolen by a greedy toy collector. From a commercial, Andy’s toys identify the thief as Al McWhiggin, owner of Al’s Toy Barn. Buzz, Hamm, Mr. Potato Head, Slinky Dog, and Rex set out to rescue Woody.

At Al’s apartment, Woody learns that he is based on a 1950s black-and-white television puppet show called Woody’s Roundup, and that along with Jessie, Bullseye, and Stinky Pete the Prospector, he is set to be sold to a toy museum in Tokyo. While the others are excited about going, Woody intends to return to Andy, upsetting Jessie. Stinky Pete explains that the museum is only interested in the collection if it is complete, and without Woody, they will be returned to storage.

After Woody’s arm is torn off completely, he attempts to retrieve it from Al’s pocket and escape but is foiled when Al’s television turns on and he angrily blames Jessie when he finds the TV remote in front of her. The next morning, Woody’s arm is fixed by an elderly toy repair specialist. He learns that Jessie once belonged to a girl named Emily, who eventually outgrew and finally donated her. Stinky Pete warns Woody that the same fate awaits him when Andy grows up, whereas he will last forever in the museum. Hearing this, Woody decides to go to Japan.