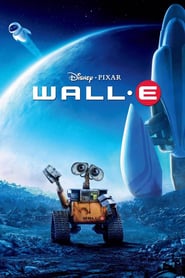 In the distant future, a small waste-collecting robot inadvertently embarks on a space journey that will ultimately decide the fate of mankind.In the 29th century, rampant consumerism and environmental neglect have turned Earth into a garbage-strewn wasteland. Humanity is nowhere to be found, having been evacuated by the megacorporation Buy-N-Large (BnL) on giant starliners seven centuries earlier. Of the robotic trash compactors left by BnL to clean up, only one remains: a Waste Allocation Load-Lifter (Earth Class), or WALL-E. One day, WALL-E’s routine is broken by the arrival of an unmanned probe carrying an Extraterrestrial Vegetation Evaluator or EVE, sent to scan the planet for plant life. WALL-E is smitten by the sleek, otherworldly robot, but she goes into standby when he shows her his most recent find: a living seedling. The probe returns to collect EVE and the plant, and with WALL-E clinging on, returns to its mothership, the starliner Axiom.