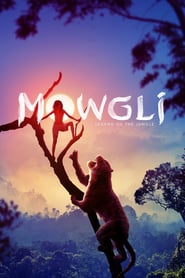 In the jungle, Kaa, an Indian python seer, watches as Shere Khan, a violent crippled Bengal tiger, breaks jungle-law by hunting down and killing a family of humans for sport, with only a surviving child escaping. Bagheera, a panther drawn to the scene, finds and rescues the man-cub known as Mowgli, and takes him to a family of Indian wolves, where he is adopted by Nisha and Vihaan. However, Tabaqui, Shere Khan’s hyena lackey, finds the boy before he is chased off.

They take the infant Mowgli before the wolf council and Akela, the chief and leader of the pack, to decide his destiny with Bagheera buying his life with a kill and a Himalayan brown bear named Baloo strong-armed into agreeing. Shere Khan arrives to kill Mowgli, but Akela stops him, saying the boy is now safe while he is under the protection of the pack and allows Shere Khan to leave. Before leaving, Shere Khan vows he will return when Akela misses his prey.