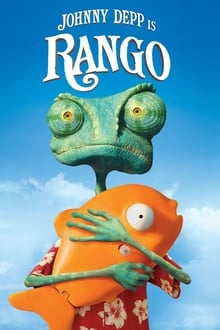 Rango is an ordinary chameleon who accidentally winds up in the town of Dirt, a lawless outpost in the Wild West in desperate need of a new sheriff. A pet chameleon (Johnny Depp) becomes stranded in the Mojave Desert of Nevada after his terrarium falls from his owners’ car by accident. He meets an armadillo named Roadkill (Alfred Molina) who is seeking the mystical “Spirit of the West”. While wandering the desert, he narrowly avoids being eaten by a vicious red-tailed hawk before meeting the desert iguana Beans (Isla Fisher). Beans takes him to Dirt, an Old West town populated by desert animals.

The chameleon presents himself to the townsfolk as a tough drifter named Rango. He quickly runs afoul of outlaw Gila monster Bad Bill (Ray Winstone) but avoids a shootout when Bill is scared off by the hawk’s return. Rango is chased by the hawk until he accidentally knocks down an empty water tower which crushes the predator to death, and Rango earns the townsfolk’s respect. The elderly town mayor Tortoise John (Ned Beatty) appoints Rango as the new sheriff. Meanwhile, the townsfolk worry that with the hawk dead, the gunslinger Rattlesnake Jake (Bill Nighy), who is afraid of hawks, will return.

After discovering Dirt’s water reserves—stored in the town bank inside a water cooler bottle—to be near empty, a skeptical Beans demands Rango investigate where the water has gone. That night, Rango inadvertently assists a trio of bank robbers, led by a mole named Balthazar (Harry Dean Stanton), mistaking them for prospectors. The townsfolk find their water bottle stolen the next morning, so Rango organizes a posse. During the search, they find the banker, Mr. Merrimack (Stephen Root) in the middle of the desert dead, but oddly the cause of his death was drowning. The posse tracks the robbers to their hideout. They fight Balthazar’s bat-riding clan over the stolen water bottle before discovering it to be empty. The robbers profess that they found it empty, but the posse brings them to town to put them in jail while the citizens want them hanged. 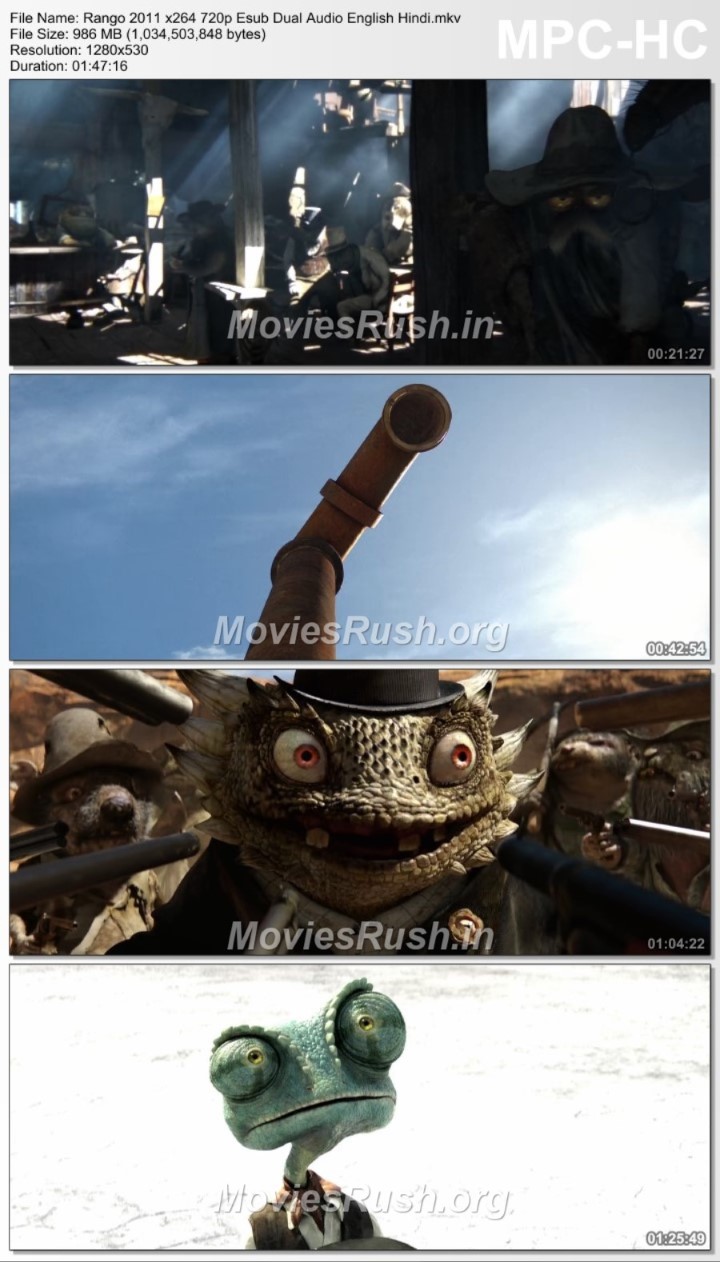