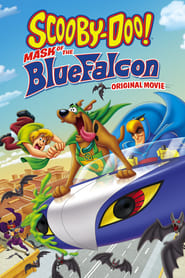 The gang meet the faded Blue Falcon lead actor at a comic book convention, as he swears revenge for being left out of Hollywood. Later, an antagonist from the actual Blue Falcon animated series, Mr. Hyde, begins terrorizing the convention, trying to stop the release of the new Falcon film.