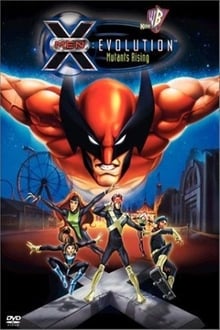 This rendition of X-Men features Cyclops, Jean Grey, Rogue, Nightcrawler, Shadowcat and Spike as teenagers as they fight for a world that fears and hates them. X-Men: Evolution is an American animated television series about the Marvel Comics superhero team X-Men. In this incarnation, many of the characters are teenagers rather than adults. The series ran for a total of four seasons from November 2000 until October 2003 on Kids’ WB, which has made it the third longest-running Marvel Comics animated series, behind only Fox Kids’ X-Men and Spider-Man animated series. The series began running on Disney XD on June 15, 2009.